While the quality and realism of computer-generated imagery (CGI) in TV, Film and Advertising is at an all-time high, in many ways we’re seeing a palpable shift back towards Practical Effects to help create more realistic and believable images with an increasingly tactile visual feel.

For the uninitiated, Practical Effects are those constructed sans CGI or other post-production methods. We’re now seeing more scale models, animatronics and real-world elements in major films (Mad Max) and TV shows (Game of Thrones), where enormous sets are built to give a greater sense of realism, showing us the possibility of the impossible whilst immersing us into content deeper than ever before.

The latest Star Wars film ‘Rogue One’ has used this technique to great effect. Merging sets with CGI and even using moulds of actor’s faces (Tarkin) mixed with 3D scans, Practical Effects have helped us get over the ‘uncanny valley’ – where visuals seem so close to reality yet lack lifelike traits, making them appear ‘creepy’. 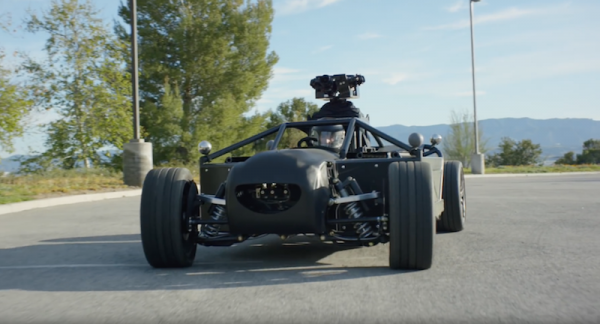 There’s always been a healthy mix of real and ‘created’ imagery in advertising, but we’re now starting to see the adoption of mixed effects more and more.

A perfect example of this is in the automotive world with the invention of the Blackbird. This is a uniquely flexible vehicle platform that’s almost infinitely modifiable. It is able to mimic the wheelbase length, width, suspension and steering characteristics of almost any passenger vehicle.

Combined with an array of 360-degree cameras and 3D markers, it allows directors to film ads without having to rely on an actual brand’s car being on location. Most importantly it allows a level of flexibility in post-production never before seen. 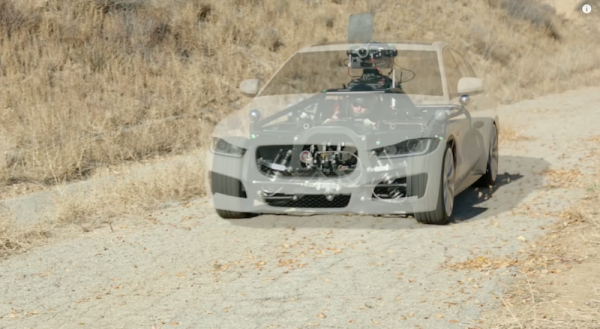 Creators can insert cars of any specification, colour or detail and change them at will, allowing advertising that can – in one shoot – display a car model’s full range.

Coupled with 360-degree footage from the environment taken from the Blackbird, the 3D cars have everything required to give the impression of a “real” car in an environment – including shadows cast from and onto the car, real location reflections in surfaces, road handling and movement.

As this, and other complementary technologies mature, we should start seeing activations such as interactive test drives using AR and live data, with the ability for viewers to experience this wherever they are.

For those of us in Advertising and Marketing, integrating Practical Effects into TVCs and video content like YouTube pre-rolls will be the ‘power slam’. When emerging technologies like 3D, 360 Video, Augmented and Virtual Reality, and Practical Effects are all put together with the data and targeting technologies, the benefit will be more flexibility to push better targeted and more customised messages to every appropriate segment of the market.

So in theory, we should be able to refine our messaging to become more efficient and pointed in a world that increasingly expects personalisation and individuality – now that sounds both practical and effective.