The QR Code is Back (but not as we know it)

Updated March 2021: When this article was originally written back in 2015, the idea of a global pandemic was on no one’s radar. But the combination of the importance of contact tracing, and the introduction of friction-less functionality for scanning QR codes within the cameras operating on iOS and Android saw usage skyrocket. A simple demonstration that when friction is removed or an action is enabled, response rates and conversion will increase.

No less than five years ago, traditional QR codes were promising marketers huge things. Although adopted late through advertising circles, they were destined to be the big break we were all looking for: the simple connection between people and brands, allowing a quick, seamless interaction from real world to digital. Goodbye awkward thumb-typing of URLs into mobiles, hello speedy brand loyalty and integrated reward systems.

All mazing stuff – but the only problem was, nobody was using them. New users got frustrated downloading clunky third-party QR code reader apps and confused about how advertisers were applying them. Today however, that hurdle may have been overcome, as a clever adaption of the traditional QR code paves the way for its next evolution.

A few months back, we were brainstorming new tech ideas at Affinity and began investigating Snapchat’s new functionality of scanning Snapcodes as an easier way to add new friends. The notion is simple: Friend ‘A’ simply opens Snapchat on their phone and pulls up their personal Snapcode. Friend ‘B’ then opens Snapchat on their phone and takes a photo of that Snapcode – then hey presto, friend ‘A’ and ‘B’ have automagically connected on Snapchat.

This got us thinking, “what if a brand could connect like that?” And what if Snapcodes could be on signs, stickers, banners or billboards? People could instantly connect with the brands, content or competitions they wanted, directly through their Snapchat network. 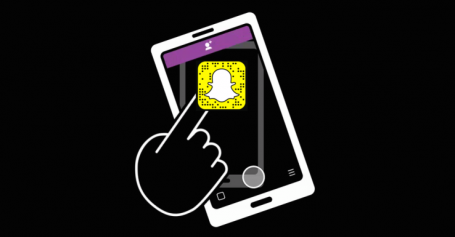 As it turns out, a small handful of early adopters had a similar train of thought. Several weeks later Call of Duty, one of the world’s most profitable video game franchises, incorporated Snapcodes on pictures and signs located within their latest game. It was a move that pulled them a quarter of a million new Snapchat followers in less than a month. In a completely different industry, we also discovered that internationally renowned DJ, Steve Aoki, had plans to project his Snapcode at concerts and print it on t-shirts – another clever use of the technology to increase Snapchat followers and, in turn, his entire fan base. 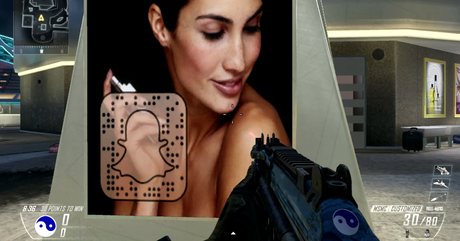 (Screenshot within 'Call of Duty' game)

The rebirth of QR codes

It became apparent that we were seeing the revival of QR codes as a marketing tool. But what’s so different? Well for users, firstly, it’s a more intuitive, native based experience. There’s no need to download any clunky third-party QR readers as Snapchat has the code-reading functionality embedded within the app – integrating an intuitive behaviour which people open then use every day. When adding a new Snapchat friend (or brand), the user then simply takes a photo of the Snapcode with their Snapchat camera (another tool already used every day).

The Snapcode itself is also a simple visual to engage with. Unlike the rather chaotic looking traditional QR code, the dotted code surrounding an already trusted Snapchat logo visually spells out simple instructions: “Scan this sign and we’ll be connected through Snapchat”. 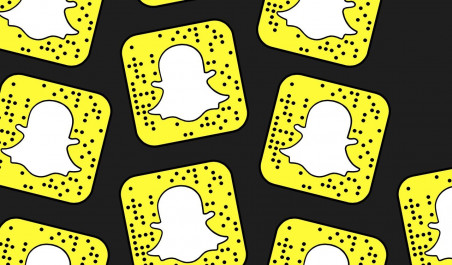 In recent times, Shazam has also joined the QR code comeback party with their introduction of “visual recognition”. This allows users to visually scan the Shazam logo on advertising and products within the real world environment for more content. Technically it’s a similar concept to Snapcodes and a great step forward, but Shazam isn’t a social network, which makes a difference for ongoing personalised engagement and brand loyalty (with good marketing, that is). 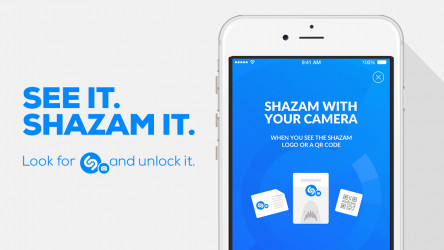 Either way, this all has the potential to be a huge win for brands. Not only is it becoming evident that consumers are re-engaging with these simplified, yet innovative adaptions of QR codes, but (within the Snapchat example) brands also have the ability to link directly back to the user’s personal social media account. This means instant access to priceless user information and the ability to continually connect with that person in the future.

Who else wants to play?

But Snapchat is only one social network with a niche youth target audience (and a female skew). So believe me, from personal experience, Snapchat can often be a difficult platform to sell into clients. So this begs the question. Where is Facebook’s Snapcode? And a close second question – where are Instagram, Twitter and Pinterest’s? These are now highly monetised networks with the potential to connect with people in one simple action.

No more pathetic brands pleading for ‘likes’, or asking for sign-ups to Facebook apps, just a simple request for common user behaviour. Snap a photo and connect. Why stick a useless Facebook logo on your advertising when a Facebook “code” could instantly immerse them in the message your brand is trying to convey?

There’s actually numerous ways a Facebook “code” could become useful. If they’re clever, it could even become a payment wallet system to compete with the upcoming Apple Pay (but perhaps that’s another article in itself). More importantly for now though, as a creative director eternally searching for that seamless, simple link from the real world to digital ideas, the sooner all social networks take a leaf out of Snapchat’s book, the better.