Who can’t wait for the next iPhone to come out? Even though your latest iPhone isn’t even a year old it just doesn’t seem as sexy as it once was, am I right? What about getting your hands on the latest 4K SUHD LED TV? Your neighbour has one, and for some reason that really bugs you.

Like it or not, we are for the most part all wedded to the 21st Century idea of consumerism. Products just don’t last as long as they used to – and we’ve come to accept this as part of larger corporation’s tactics to encourage us to buy more. A light-hearted scene from the Unbreakable Kimmy Schmidt captures this all perfectly.

So is this really a bad thing?

Well for the environment a lot of us could safely agree, yes it is. Especially when you see the grim pictures of Baotou, in Mongolia where most of the rare materials required to make our sparkly new tech-gadgets are being mined in a way that is irreversibly impacting the surrounding landscape. 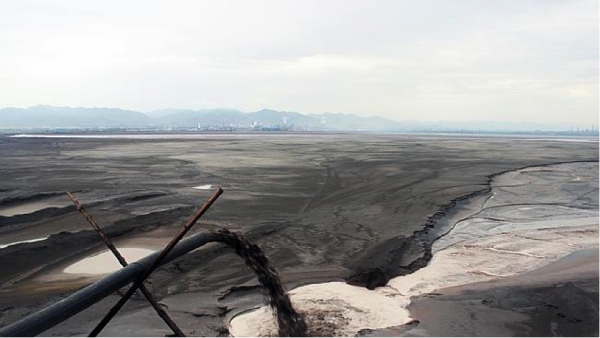 And directly effecting consumerism itself, the raw materials to make our shiny new possessions are becoming more and more rare as our greedy obsessions for ‘new’ evolve. In fact, scientists believe the thin layer that conducts electricity away from the front panel of touch screens in mobile phones, indium tin oxide, is running increasingly low.

Don’t know about you, but my iPhone is checked, tapped and flicked nearly 100 times per day. I think the world would end if there wasn’t a solution in sight.

Technology is the answer

It’s funny, population is one of earth’s greatest dilemmas, but at the same time it can be its saviour. There are now 7.244 billion people on earth which means as the population grows, the chances of mind-blowing science and technology to resolve our problems increases as well. With innovation at the cornerstone of all great tech companies, no doubt the answer is waiting just in the wings – or perhaps the solutions are in the works today. At least, we hope they are.

Interestingly when Apple released iOS 7 for all Apple iPhones & iPads, Tim Cook was quoted at the time as saying ‘it would just be like owning a new phone’ – and he was quite right. We were all excited to experience the new unlocked features and overhauled interface – overnight we fell back in love with our current devices.

Another example comes from Tesla the luxury electric automotive company. They recently demonstrated a similar principle with their latest range of model S vehicles. Owners of these cars found overnight their car could accelerate from zero to 60mph by 0.1 second faster (previously 3.2 seconds) through a remote software update. This is just the tip of the iceberg for Tesla too. Later software updates are expected to enable Autopilot and many more features.

So can we curb our consumerism?

I believe there is a future where corporations realise there is a bigger opportunity for sales growth through reinvigorating products already purchased by customers. Subscription models can then be implemented to keep them continually engaged. Look how the music industry has evolved over the last decade, gone are the days of CD sales as we embark on a subscription based future. Who knows, maybe our obsessions for new tangible purchases will become a thing of the past. I guess it’s up to us as brand custodians and marketeers to help lead the way.