After their lack-lustre smartphone, OS and tablet launches, Microsoft is coming to market with a wearable heads up display, just as Google Glass is being pulled from sale.
Unlike, Google Glass, HoloLens is designed to be worn for only small amounts of time (which based on how it looks… is a good thing). There are clear and specific use cases for the HoloLens which make it an exciting proposition. 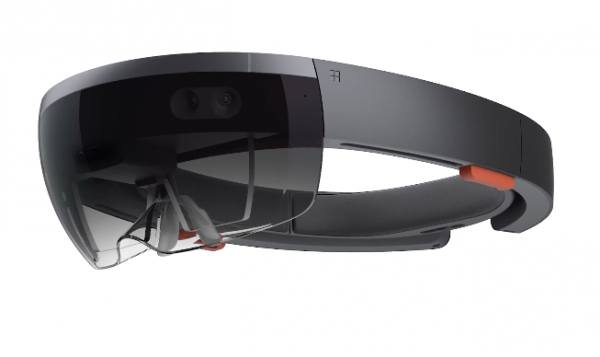 HoloLens sits between Google Glass and Oculus Rift, is so much more than a gaming device. It’s designed to enable easy communication, sharing and development of ideas, education for any industry, such as allowing scientists to collaborate on expeditions to outer space.

At SXSW last year, we had the chance to try out the then-leading generation of wearable goggles. The MetaPro stood out as being the cream of the crop. So it’s interesting to see many similarities in functionality and use case between the MetaPro and the HoloLens. The trend looks increasingly clear that the design / engineering / collaboration space is the sweet spot for early adoption of AR wearables.

Hopefully there’s a mature prototype ready to try at SXSW 2015 where we can compare the HoloLens with the latest versions of the MetaPro. If it is in fact more than just a great promo reel, we’ll give you a hands on update. But if nothing else, this combined with the Windows 10 giveaway announcement, provide early indications that Nadella is actively engineering a much-needed turnaround for Microsoft.