There’s something special about race day that gets people excited, and although as a team of Sydney-siders it wasn’t practicable for us to grace the hallowed turf of Flemington, the ‘race that stops the nation’ had no chance of stopping our fervent eagerness and anticipation for the 156th Melbourne Cup.

As the last ‘big bang’ on the agency’s social calendar prior to the onslaught of Christmas festivities, the AFFINITY Social Committee had their work cut out for them - not only in creating an exquisite event that brings an already tight-knit team closer, but one of which exceeds expectations given last years’ celebration has essentially become agency folklore. 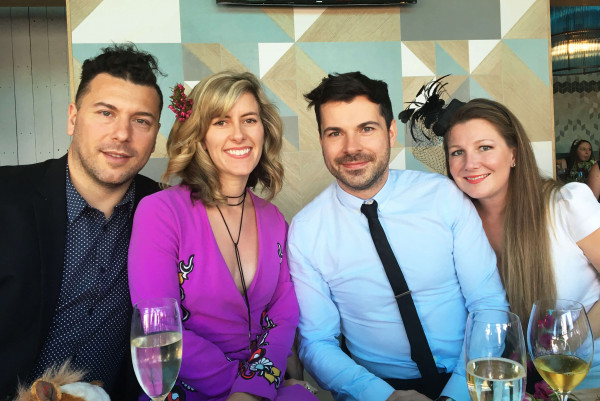 With the day bestowed upon us, final adjustments to bowties and fascinators were made and the gates officially opened with French champagne kicking off proceedings. Eager punters converged on the office sweeps, whilst those feeling a little more adventurous were invited to take part in our inaugural ‘funniest photo’ competition – with props being two furry stick horses either eagerly and playfully embraced, or handled cautiously for those a little more introverted.

This culminated in the awarding of best dressed guy and girl, with a group voting of the funniest photo before we were corralled to Ubers, excitedly headed to our next destination… lunch! 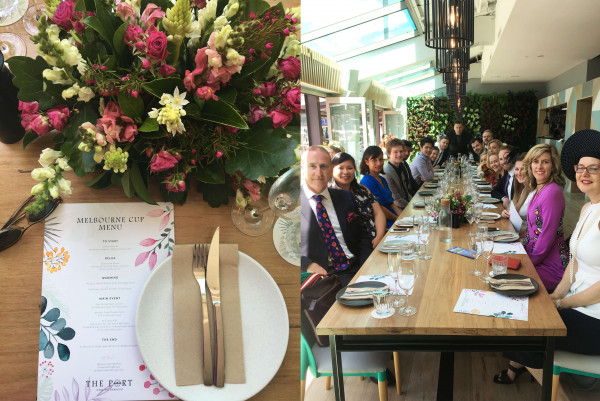 Touted as one of Sydney’s hottest new waterfront venues, The Port in Darling Harbour is both aesthetically understated yet spectacular, and it couldn’t have been a more perfect day for the team to enjoy our exclusive space, taking in the the ambience offered by the iconic foreshore. After being seated at our table adorned with pretty flowers and shiny silverware, what followed was a plethora of delectable shared plates with matching wine, encouraging delightful and insightful conversation. Dancing ensued. The owner extended his generosity (although sadly not his super yacht it would seem!). From there, well what goes on tour stays on tour, right?!

On behalf of the team, a wholehearted thanks to Luke and Ange for so generously offering not just the majority of the day out of the office, but for enabling us to bond in such a classy and sophisticated environment. We only wish you guys were there.