Our Top Five Trends From SXSW 2017

The world’s largest tech and entertainment festival, South by Southwest, has drawn to a close for another year – allowing Austinites to get back to what they’re best at: keeping it weird and eating lots of ‘BBQ’. Here’s our top five trends emerging from SXSW 2017.

Skynet is still a way off (so we can sleep well for now), but it’s been a hot South By topic for a while and this year is no different. PWC is forecasting over 1,600 AI inspired startups and $12 billion in funding within the next three years, which says something. For anyone after a cheat sheet on what the difference is between AI and Machine Learning is, consider AI as the broader concept of machines being able to carry out smart tasks and Machine Learning (ML) - essentially a subset of AI, is the ability for them to access data and figure it out for themselves.

There is a little buzzwordiness around the term ‘AI’ at the moment and it’s important to remember that not every computer algorithm deserves the moniker. But AI & ML is poised to transform everything we do on a daily basis - and it will be providing communicators with advanced tools to integrate into their planning and data analysis from the outset.

If there’s ever been an example of the tech community running out of ways to name things it’s “The Internet of Things”. But alas, IoT is not going to go away, it’s still a big theme at SXSW and pretty much a mandatory of any device these days - to some people’s despair, like this poor bloke who spent 11 hours trying to boil his internet enabled kettle.

But for more life enhancing concepts check out Princess Cruises, who have developed little medallions, that can be carried around by guests for alerts and events on the ship, without the need for having a smartphone with them.

Yes, they’re two different things, but linked together like brother and sister. It’s far from new news, but AR/VR are still big topics, bolstered by the success of Pokémon Go and PlayStation VR. There’s some sensible stuff like Sony’s projector that can essentially turn any surface into a touchscreen, which is quite frankly just effing cool.

And there’s still a strong focus on entertainment aspects of VR with Hollywood wading in on their vision of virtual reality and Sony demoing some other cool stuff in their WOW lab such as a haptic Synesthesia Suit that allows you to feel the full effects of a shotgun blast to the chest whilst playing Call of Duty with a teenager in Wisconsin. Just kidding. But it is kinda cool. 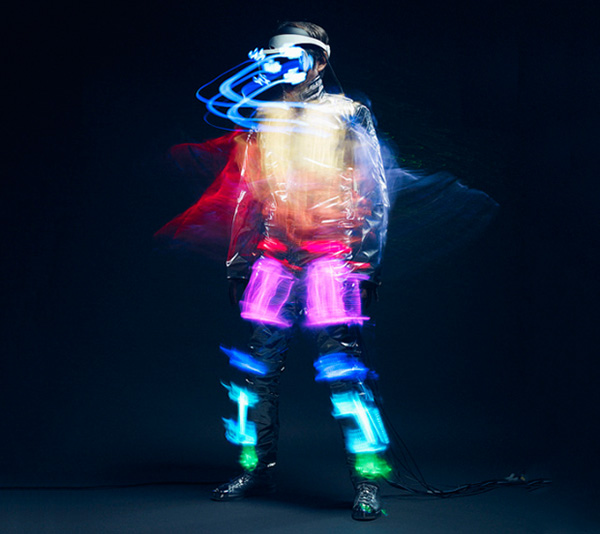 The technology is advancing year-on-year and you’d have to be living under a rock to not of heard of Amazon Echo, Siri and Google Home. A lot of people still find voice command pretty awkward and creepy, but we could fast be moving to a world of interfaces where voice command is the primary input. The benefits to users with disabilities is unquestionable. Personally, I’m looking forward to the day where all chatbots address you in an acerbic British accent à la Iron Man’s J.A.R.V.I.S.

It’s practically product development folklore thanks to Eric Ries’s seminal hit, The Lean Startup, but operating with lean agility is a key theme at South By. Devs, brands and marketers now have to move faster than ever to stay up with the speed of technology and users’ expectations. To quote Victor Lee, from Hasbro’s digital marketing team, “You don’t need six months to plan something great”.

That’s it for now, please don’t forget to tune in next year where this blog will be written entirely by a robot and streamed live to your internet enabled haptic onesie.