AFFINITY’S Knowledge Program went to another level recently – that being Level 43 of Tower 2 at the International Towers, Barangaroo.

Such lofty heights called for a suitably lofty occasion, which came in the form of TEDxSydneySalon 2.0, aptly themed ‘Art and Culture’.

For the uninitiated, TEDxSydney is Australia’s leading platform for the propagation of ‘ideas worth spreading’. Beginning in 1984 as a conference for Technology, Entertainment and Design (TED), today the worldwide non-profit covers everything from business to science to global issues. 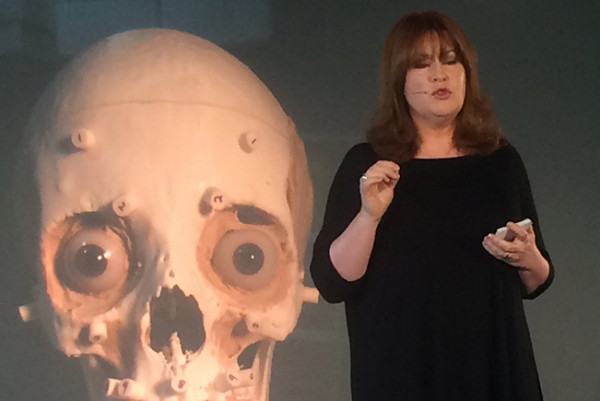 A FACE ONLY A MUMMY COULD LOVE

To begin at the beginning, forensic sculptor Jennifer Mann spoke about recreating the face of a 2000-year-old Egyptian mummy.

Meritamun (meaning ‘beloved of the god Amun’) is now permanently on display at the University of Melbourne’s Anatomy Museum. 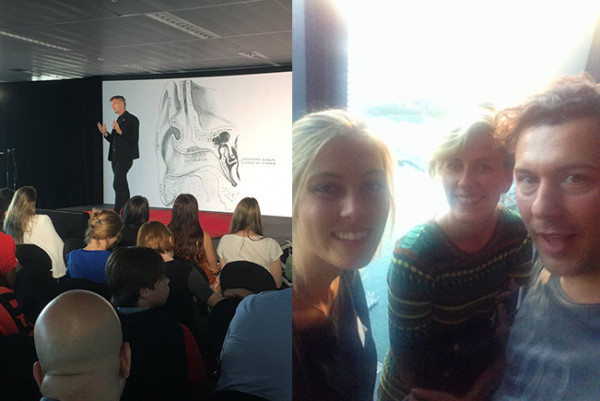 THE EDGE OF PERCEPTION

Next, we were privy to a truly unorthodox aural treat. Composer, media artist, and curator Lawrence English opened up our ears to the plethora of ways we hear sound via an innovative audio installation – starting with an electro-magnetic pick-up and a ‘humming’ laptop processor.

As the audience closed its collective eyelids, a sonic soundscape washed over the room: underwater ‘sand’ waves and whale sonar blended mystically with the edge of the ionosphere, before our skyscraper serenity was disrupted by the loudest mammal in the world, the Howler Monkey.

Delving into the subconscious choices we make when we listen, English’s advancements in audition technology – and indeed his immersive live performances – are transforming the way we think about sound, memory and subtle transformations of space. Minds blown. 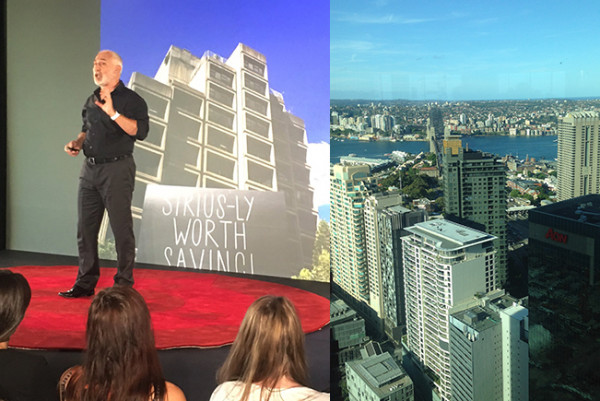 ARE YOU SIRIUS, BRO?

If you’ve ever crossed the Sydney Harbour Bridge, you would’ve noticed a dirty, concrete, blocky, Brutalist monstrosity – just before the exit to the Cahill Expressway. That building is called Sirius. And architect Shaun Carter was here to convince us this ugly duckling shouldn’t be put down.

Hardly the brightest star in Sydney’s night sky, Sirius is almost visible from the top floor of Barangaroo’s International Towers (a nexus of innovative design, engineering, and sustainability in its own right), and provided a felicitous milieu for a discourse on iconic Australian architecture.

So it was with some poetic serendipity that Carter put forward his case for Sirius’ heritage listing and preservation, arguing that – in its striking repetitive geometry – Brutalism connects us to who we are and tells our history through stories we need to keep alive. To be brutally honest…I wasn’t sold.

Reprising her 2016 TEDxYouth@Sydney talk, Bundjulung and Ngapuhi dancer Amrita Hepi encouraged us to be confident and comfortable in our bodies, before acclaimed ‘sorceress of percussion’ and chamber musician Claire Edwardes rounded out the evening with a stirring live solo maracas recital.

As the logo explicitly shows, the ‘x’ in TEDx stands for ‘independently organised’ – which means the content can range from #love to hit and miss to provocatively divisive.

TEDxSydneySalon 2.0 sits somewhere in the middle but certainly sparked ‘discussion and debate’ for hours after as the AFFINITY crew digested a smorgasbord of breathtaking views, top-shelf catering and newfound knowledge befitting of Sydney’s newest suburb.