VR IS ONLY VIRTUALLY THERE

As part of our culture of knowledge and learning, AFFINITY recently donned their virtual wetsuits and dived deep into the Great Barrier Reef…with none other than Sir David Attenborough as our guide.

For those living under an endangered coral reef, the Australian Museum’s latest “exhibition” is an immersive sensory experience using real-world footage to take patrons on a virtual reality journey beneath the waves. As an agency, we believe it’s important for all of our ‘crew’ to stay ahead of the tech zeitgeist – in this case, VR. But what exactly is VR? Or better still…what isn’t VR?

As a literal definition, virtual reality (VR) is a technology that artificially replicates an environment (real or imagined), simulating a user’s physical presence while allowing for interaction. David Attenborough’s tech of choice is the Samsung Gear VR headset, and – albeit cool – it’s really just a tiny departure from Google Cardboard, while Samsung Gear is more a glorified 360° video helmet.

Mainstream VR, yes. True VR, not so much. 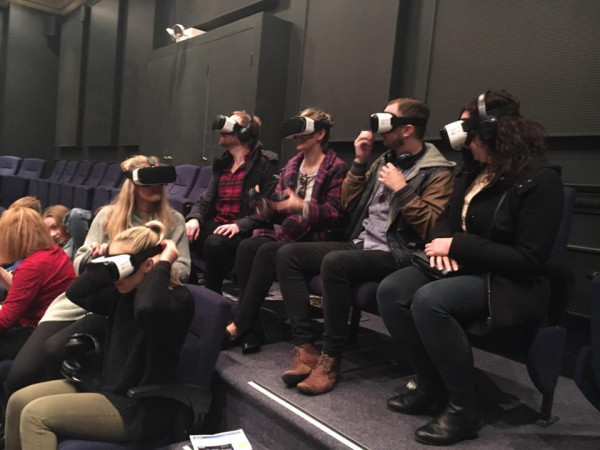 GOING BEYOND THE MASK

‘True VR’ is – and should be – much more than a mere 360° head-turner, and while our AFFINITY lunchtime expedition was “immersive”, that's all it really was. Which is exactly where True VR needs to step in, to go beyond the mask and really create a ‘virtual reality’ – and that means embracing interactivity in some way.

A good example is Virtual Art Sessions, where Google Chrome has commissioned six world-renowned artists to transform blank canvases using their latest Tilt Brush app. Inviting viewers to observe in real-time, this is a huge step towards virtual reality, but aside from some other faddish marketing stunts, the door remains open for a True VR messiah.

Someone to make VR more relevant to brands, to truly push the boundaries, to genuinely add value to the customer experience – and not just use VR for the sake of VR. 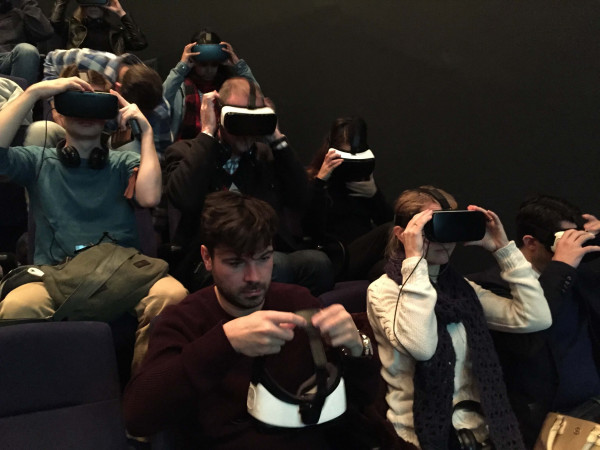 EVERYTHING SOUNDS BETTER WITH THE DAVID ATTENBOROUGH VOICEOVER

On the surface, David Attenborough’s Great Barrier Reef Dive is a successful sponsorship case study and has been effective in shedding light on a very real environmental problem. But if we plunge just a little bit deeper, we see that this particular “VR experience” feels like the training wheels (or floaties) were left on during the ride.

Sure the headsets were futuristic (albeit hairstyle-ruining) – and maybe even David’s dulcet tones siren called us into a bout of the bends – but the very notion of VR surely has so much more to offer, especially as hardware and software improves and social acceptance grows.

With brands like Samsung now offering customers Bonus Gear VR with purchases of Galaxy S7 – and the ubiquity of Pokémon GO signaling the tipping point for VR to finally ‘go’ mainstream – the voiceover of the VRevolution is sounding more like a David versus GO-liath battle every day.

Now if you know your Biblical mythology (1 Samuel 17), Goliath had double vision and myopia so David slung a rock between his eyes and killed him – an apt, if brutally honest, allegory for the current state of Virtual Reality.